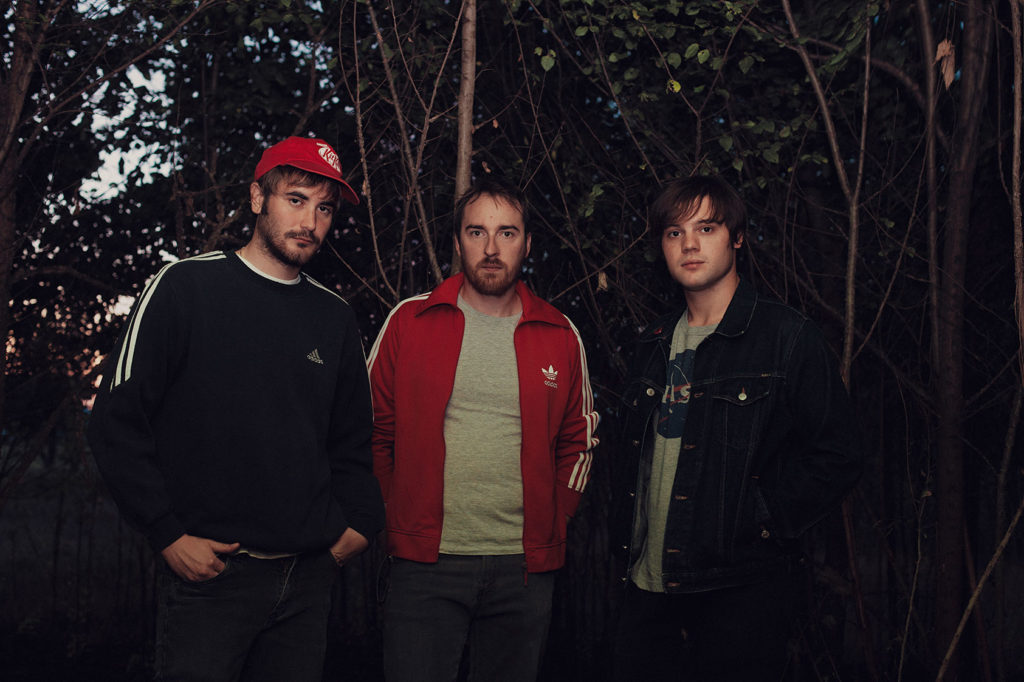 Hailing from the small city of Castel Goffredo in Northern Italy, trio Bee Bee Sea have been cranking out spirited garage-psych for a few years now.
Bee Bee Sea members are:

Bee Bee Sea formed in 2013 and soon started to get recognition in Italy for their energetic live shows.
In 2015, Bee Bee Sea released their self-titled debut album (first pressing is now sold out) via Glory Records, the band’s own label.

In April 2017, the band recorded their most recent full-length, Sonic Boomerang, live at Tup Studio in Brescia (IT) with producers Bruno Barcella and Alessio Lonati.

Right after “Sonic Boomerang” release the band started getting attention from the US music industry, receiving an invitation to perform at Pickathon Festival and having a lot of attention from north american music press and college radio (#3 on KZSU Top 30 weekly, chart, #7 on WMBR weekly chart).

Their USA debut tour highlighted performances such as world reknowned Pickathon Festival with Built To Spill, Broken Social Scene, Haram and dozen of other acts and shows from NYC to the West Coast, resulting in a solid an growing fanbase throughout the States thanks to their crazy and incendiary live shows.