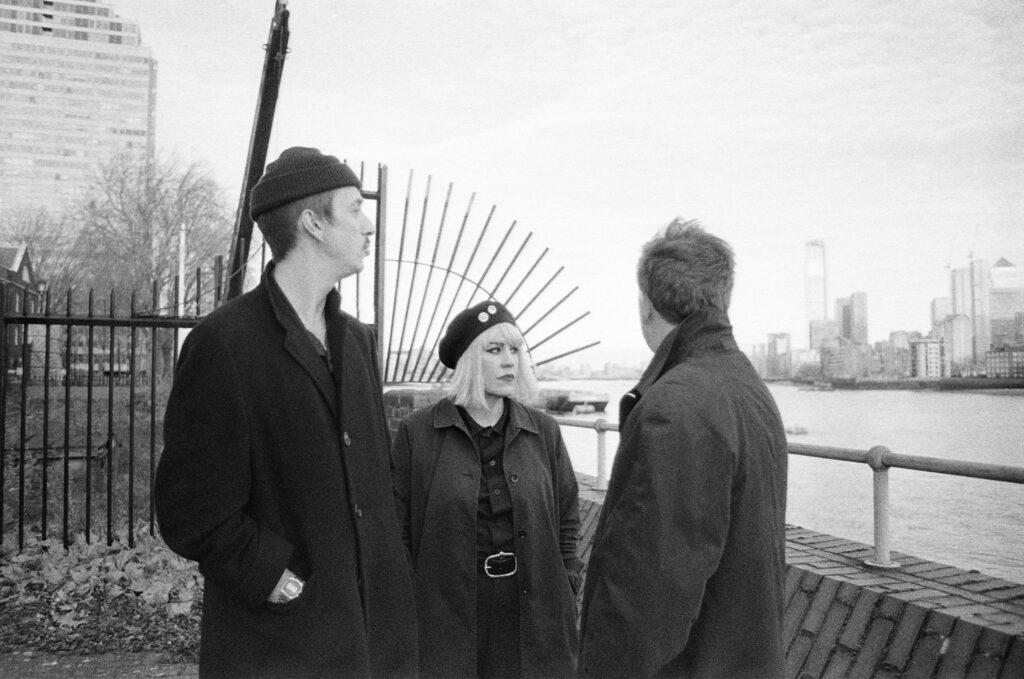 Formed in late 2016, London-based post-punk trio Girls In Synthesis’ DIY attitude and caustic music has singled them out as one of the most intense and unique outfits in the UK. Taking their cues from legendary 1970’s UK acts such as Wire, Crass and Public Image Limited, their relentless rhythmical elements owe as much to disco and dub reggae.

The band have built up a fevered fan base across the UK, with a reputation as an extraordinary live band; breaking down the musician/audience barrier by dragging equipment off the stage and playing large chunks of the shows from within the crowd. They soon became an in-demand support act for bands as disparate as Slaves, Bad Breeding, Wolf Alice, Damo Suzuki, Warmduscher and Pigs Pigs Pigs Pigs Pigs Pigs Pigs.

After their self released single ‘The Mound/Disappear’ in 2016, they released three rare and sought after vinyl E.P’s on the experimental London label Blank Editions throughout 2017-2018. A compilation of these releases, ‘Pre/Post: A Collection 2016-2018’, arrived at the start of 2019 on Louder Than War, becoming the labels fastest selling release.

Singles ‘Arterial Movements’ and ‘Pressure’ followed at the end of 2019 with ‘The Images Agree’ and ‘They’re Not Listening’ arriving as lead singles from the critically acclaimed debut album ‘Now Here’s An Echo From Your Future’, released in August 2020. The 5 track mini album, ‘Shift In State’, was released in June 2021 as part of Record Store Day and bought fractured electronics and experimental, spatial sonics into the mix.

The stand-alone single ‘Pulling Teeth’ appeared on the 5th November ‘21; a nine minute opus taking in post-punk, electronic and disco influences. The follow up to their debut album is scheduled for release at the end of 2022.

Label: Own It Records