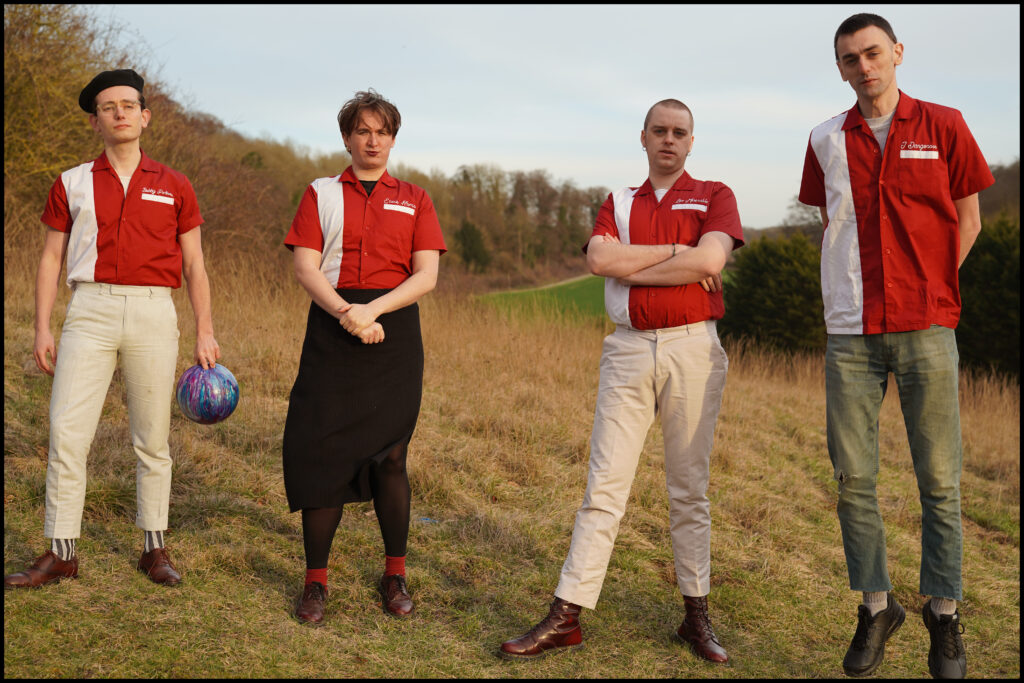 Originally from Brighton, the band now reside in South London. Regulars at The Windmill in Brixton – their back catalogue grapples with issues such as police brutality and the crimes of soldiers in Northern Ireland. New B-side Declare deals with complicity and inaction in the face of violence or persecution. Despite navigating such serious political themes, Italia 90 still manage to convey sardonic humour and a sense of playfulness in their songwriting.

Italia 90 thread together several disparate influences, united by childhood friendship and a drive to make exciting, interesting and politically/socially engaged music. The band have released two EPs on cassette, as well as two singles with the experimental label Box Records. That preceded another EP, Italia 90 III which came via Fierce Panda and Permanent Creeps.

The London based 4-piece have released a number of singles and Ep’s since 2018, building a cult live following as well as performing with the likes of Viagra Boys, Cocaine Piss and The Murder Capital. The band have received critical acclaim from publications such as DIY, The Quietus, So Young etc. In 2021, Italia 90 shared a new single Borderline which was available as an exclusive 7″ via Brace Yourself Records (sold out)

Territories: Europe and the UK