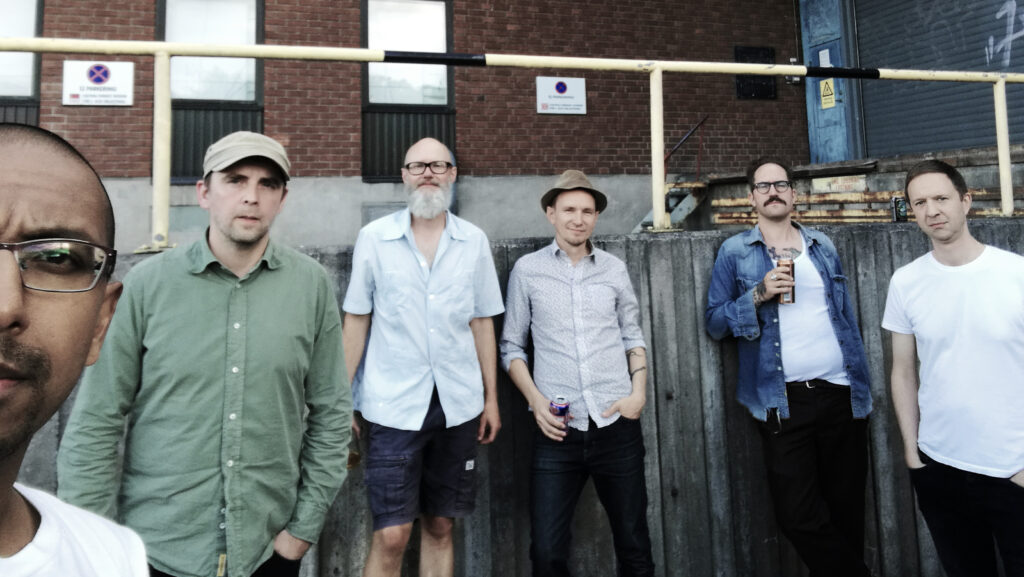 Kungens Män started out in 2012 in Stockholm, Sweden, when a bunch of good friends decided to bring some instruments when hanging out. The random jam sessions became more and more regular and soon Kungens Män started recording it all, completely unfiltered and
without safety nets. The music soon found its way to the internet and a buzz occurred, connecting with listeners all over the globe.
The inspiration comes from the drone, the rattle of the loose screw, the circuit failure of the effects, the phatness of the moog and from the very diverse wiring of a bunch of middle aged Swedish freaks. Kungens Män never plan the next musical move – it presents itself. Sometimes
the costume sewn is really ugly, but somehow there’s always room for the sublime as you turn it inside out.
Kungens Män have released five double-LP:s on the German label Adansonia Records (Guru Guru, Electric Orange) since 2015, and two albums on the UK label Riot Season Records (Acid Mothers Temple, The Cosmic Dead, Mainliner etc). A 5 LP box set was released by Cardinal Fuzz, Adansonia Records and Kungens Ljud & Bild in 2021.