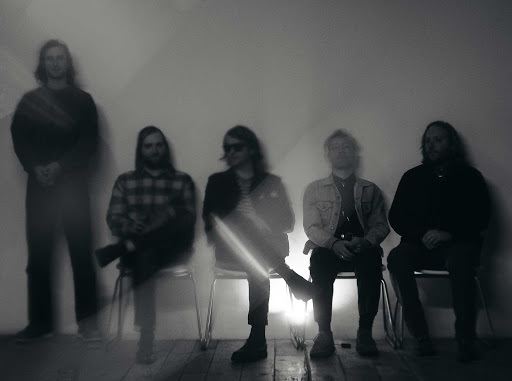 Magic Castles are an American neo-psychedelic rock band from Minneapolis, MN. The group is well-versed in the ways of blissfully floating psychedelically-inclined folk-rock. Gentle harmonies float above twanging guitar and farfisa organ.Their songs have an optimistic and light tone, but the guitars often jangle and crash with the best of them. There’s a little for psych heads of all tastes, and a lot to like for anyone who appreciates softer psych intonations with a distinct pop sheen.

Magic Castles was created by Jason Edmonds in 2007, who immediately set to self-releasing three albums in their first two years. After fans uploaded tracks onto YouTube in 2010, the music caught the attention of Anton Newcombe of The Brian Jonestown Massacre, who heard the Magic Castles’ song Ballad of the Golden Bird and signed the band to his indie imprint, “A” Recordings Ltd. In 2012, Anton’s imprint released a compilation of the first three self-released albums as a self titled 2LP Magic Castles. They also supported BJM on a successful east coast US tour in 2012.  Magic Castles toured the west coast and southwest successfully in 2013, building up a loyal following. In the spring of 2014 The Brian Jonestown Massacre released a Record Store Day split single with Magic Castles, who contributed two songs on the B side, adding to the bands mystique. In fall of 2014 they released the album Sky Sounds, and again toured the west coast & southwest of the US, playing several festivals. In 2015 the band released their third album on A Records, Starflower, toured Europe and UK successfully, bookended by appearances in front of large audiences at Reverence Valada festival in Portugal and Liverpool International Festival of Psychedelia. In 2016 songwriter Jason Edmonds decided to take a hiatus to attend to his family, and now, in 2020 we see Edmonds’ return with the band, releasing a new album “Sun Reign”, their fourth on A Recordings.

“There are bands who seem to channel their best qualities through the atmosphere, who make production sound like their blood vessels, and the Magic Castles are one of those bands. Like Kevin Shields engineering songs rather than writing them, this band has created a floaty wonderland and then sung into it.”  –Norman Records UK staff review

“With a delightful undercurrent of madness, the songs seem designed to absorb the listener and take them to some far off distant land, where for the next thirty minutes one gets to dream without comprehension. And in that aspect, the course Magic Castles have taken is right on the mark.”  -Psychedelic Baby Magazine

“I would like to encourage anyone planning to go to this concert not to miss the first act [Magic Castles].  I believe in their project enough to release it with my own money as a document. Actions speak louder than words. Music is meant to be heard more than talked about. I love the way some of their songs make me feel.”  -Anton Newcombe of BJM, Uncut Interview

“Where many of their peers fall back on production tricks or simply borrow too liberally from their influences, Magic Castles stands out from the pack for its skillful balance of recalling the acid-tinged tones of its forebears while aiming the compass at destinations unknown.”  -AllMusic Review by Chrysta Cherrie