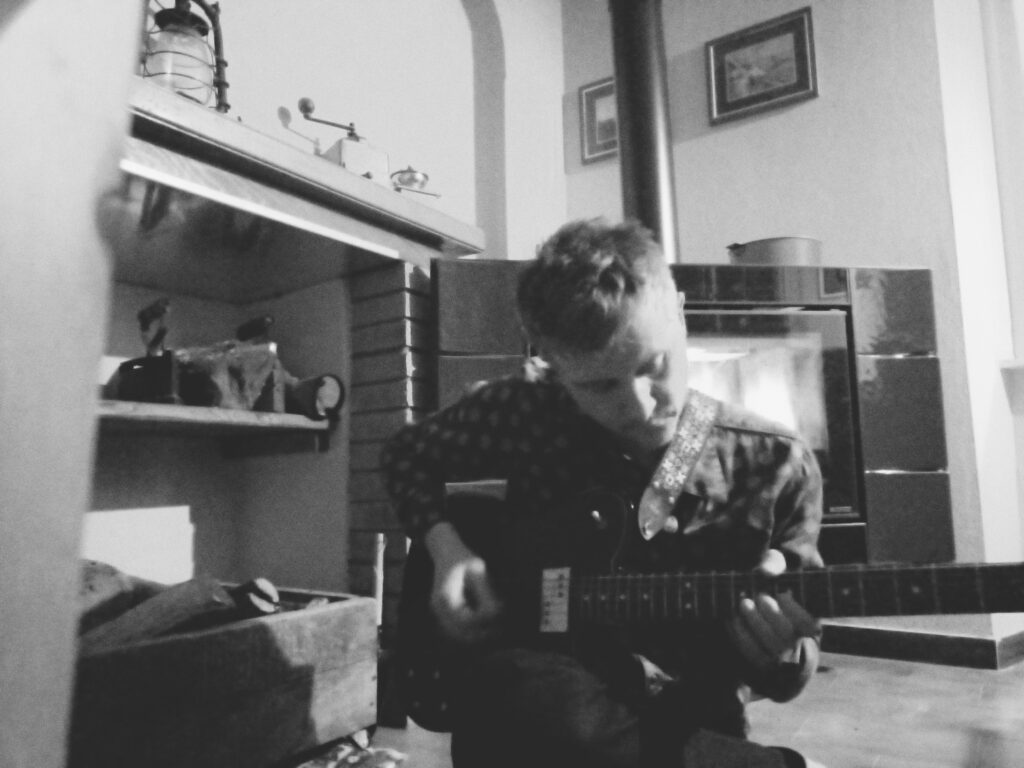 Cardinal Fuzz (UK/Europe)  and Centripetal Force (North America) have announced Upupayāma’s forthcoming album The Golden Pond. The album will be made available for pre-ordering on October 21st, with the album being released on November 25th (Europe).
“Alessio Ferrari has let himself wander further into the wild cosmos of German Progressives, French soundtrack psych, and Middle Eastern raw ‘70s rock.” – Raven Sings the Blues Upupayāma is the musical persona of Alessio Ferrari, an Italian multi-instrumentalist and songwriter who lives in a small mountain village above the city of Parma. Upupayāma’s music is rooted strongly in Eastern and Western folk traditions, an approach that Ferrari blends with his own modern sensibilities and style. In addition to playing guitar, bass, keyboards, and drums, Ferrari himself also incorporates a number of other instruments  into his sound, including sitar, erhu, flute, and a variety of percussion instruments.

For Ferrari, Upupayāma’s 2020 debut was all about the journey. The album served a series of musical vignettes that visited and weaved its way through a succession magical settings. The Golden Pond, conversely, is all about location. Inspired by his frequent visits to a small lake near his mountain home, Ferrari intentionally focused on the details of the place he inhabited, a practice he decided would translate well with his approach to writing music. This is something Ferrari feels is best exemplified with the album’s opening companion pieces, “Cuckoos from the House of Golden Tin” and “Entering the Time of Wilderness.”

The Golden Pond also continues Ferrari’s practice of using “invented language” in his lyrics. Ferrari wants his voice to be heard as if it were an additional instrument, a tool that does not convey specific messages. His goal is to allow the listener to assign personal meaning to the music. He says, “I want my incorporating invented language is a way of breaking down the barriers that are sometimes created by language, by having to define something at all costs. Ferrari adds, “I think one of my unconscious dreams is not to have to define anything, but just to be carried away by our feelings.”

Earlier this year Ferrari put together a group of musicians to help him deliver his live vision of Upupayāma. They made their debut in Rome in May, and they will play a couple of shows in advance of the album being released. Both dates will be in October, one in Kreuzlingen, Switzerland and the other in Esslingen, Germany. Plans to tour throughout Europe in the spring of 2023 are currently in the works via El Borracho Booking. The Golden Pond will be Upupayāma’s second album with Centripetal Force and Cardinal Fuzz, the first being the well-received self-titled debut in 2021, which is being repressed to coincide with the release of The Golden Pond in November.

Available: On tour in March & April 2023. Generally available for festivals.