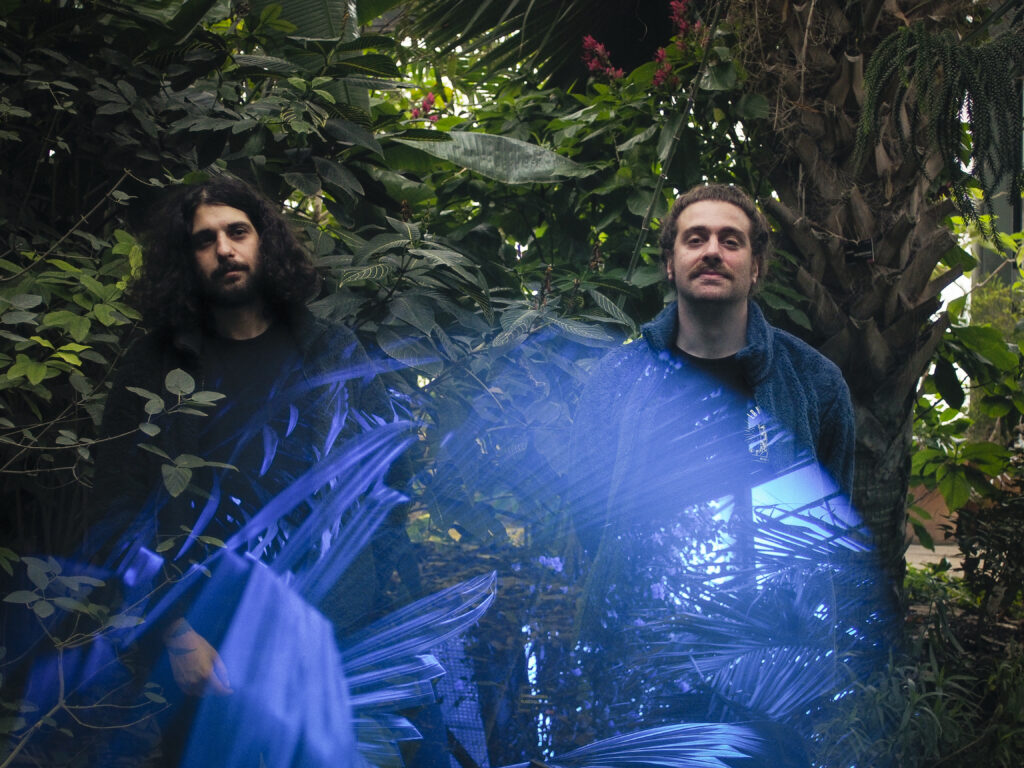 Since forming in 2015, the French four-piece has been at the forefront of the alternative scene in their home city of Lyon. Initially associated with the city’s Misère Records movement and collective, the band signed to London-based label Fuzz Club Records (Night Beats, Tess Parks, The Underground Youth) in 2021 and released their sophomore album ‘L’Or​é​e’ in early 2022.

Musically, it follows the band’s debut LP ‘Sinie Sinie’ and the vinyl-only single ‘Koalibi’ while at the same time exploring a more natural and organic sound. In some parts percussive and dancey, in others hypnotic and cinematic, the largely synthesizer-driven soundscapes of ‘L’Or​é​e’ feel both ancient and futuristic by forming a synthesis of jazz-infused Krautrock, shape-shifting psychedelic electronics and experimental world music.

Having toured around France on a number of occasions, Ashinoa have shared stages with Metz, Flamingods, Tomaga, Warmduscher, Bo Ningen, Kikagaku Moyo, Minami Deutsch and The Holydrug Couple among others, gaining reputation as an impressive live act that captivates its audience with a sheer variety and intensity of sound.