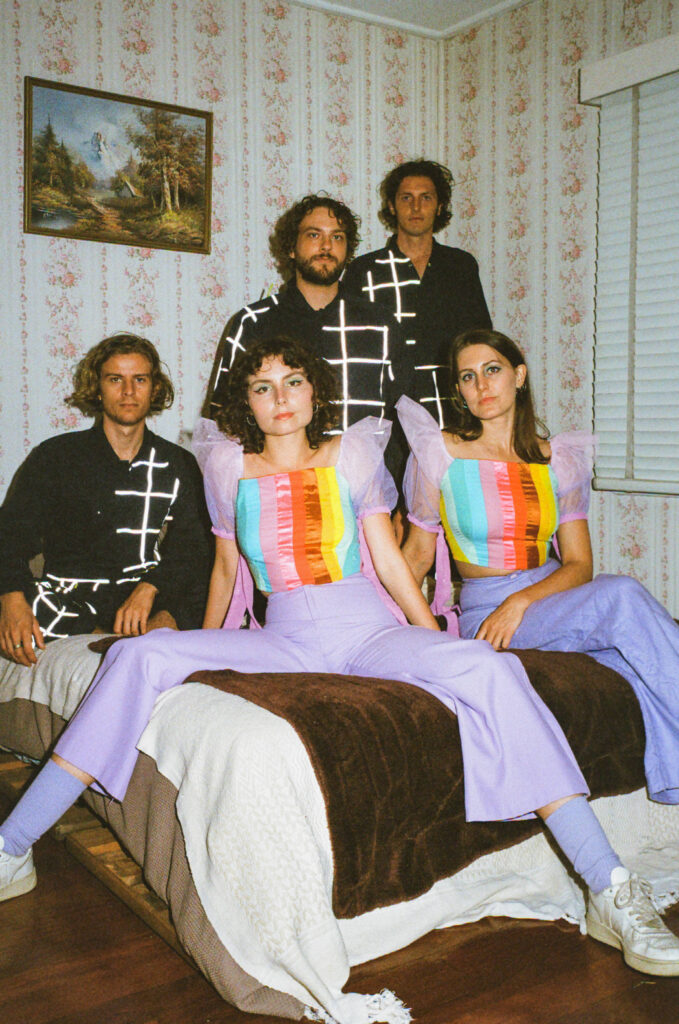 Nice Biscuit is a five-piece folk psych outfit formed in Brisbane in 2016.
During the years they embarked on packed-out headline tours in both USA and Europe, and they also played support slots for BJM, The Growlers, Allah Las, The Murlocs.
In 2019 they played showcase festival Great Escape and Liverpool Sound City and a support slot for Altin Gun in London.
They were listed one of as NME’s ‘10 new bands to watch at the Great Escape’ and a ‘Band not to miss at Sound City Liverpool’ by Get Into This, while Goodbye Luya was a Track of the Week on both Louder Sound and London In Stereo, and was added the NME’s New Bangers playlist.

Nice Biscuit emerged from Covid to release the Create Simulate EP in January 2021, featuring the singles Fem Chem, Candle and Limbs. Their second EP , Passing Over came out only 8 months after the first, featuring singles Passing Over, The Tower and Round and Round.