The Van Pelt (US) 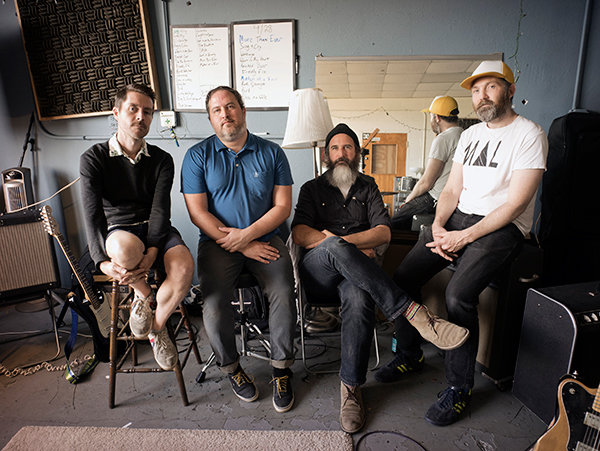 Back in the day there was this thing called an A&R guy. They would hang out at small venues looking to throw money at the next big thing. In the early 90s, everyone was looking for the next Nirvana of course. NYC’s The Van Pelt had just released an album of anthems called Stealing From Our Favorite Thieves that seemed to be just that. The only thing is, they didn’t want to sign. Legend has it $2 million was turned down over pierogies and coffee one Monday morning because The Van Pelt didn’t want to risk crashing and burning. Instead, they were gunning for a long and stable stride even if that meant they would largely remain out of the public’s eye forever.

Lack of willingness to play the game didn’t mean people weren’t waiting with baited breath for their follow up album though. In 1997 The Van Pelt released Sultans of Sentiment, an album nearly devoid of the anthems and licks people were expecting. In fact, it’s a complete bummer of an album that subjects the listener to the point on life’s curve where the hubris of youth gives way to a cresting crashing defeat no kid with heart could ever have seen coming. Seeing as humanity are sick fuckers who revel in the misery of both themselves and others, the popularity of Sultans grew and grew and continues to win new loyal fans even today. It’s for this classic album The Van Pelt has never fallen off the radar.
That being said, their swan song The Speeding Train was recorded while they were working on their third album. In any other age, in any other way, this song would have been a hit. The Van Pelt broke up mid-recording, released Speeding Train as a single, and the rest of the songs from that session didn’t see the light of day until they were released in 2014 as the Imaginary Third lp.
Why are we here talking about them today in 2023? Because in preparation for the release of Imaginary Third The Van Pelt started playing some reunion shows. Soundchecks revealed to them that this band has a voice that was prematurely muted by their inability to see clearly in the thick of it. Returning to explore just what that is 25 years later has led to this first collection of 9 songs, Artists & Merchants. This is not a reunion album. This is vindication for that decision made over pierogies and coffee decades ago. The Van Pelt is a band in it for the long haul, free from whatever trappings the mayflies of trends and markets may bring.
For lovers of The Van Pelt, listening to Artisans & Merchants is like hearing the voice of a dear friend you haven’t seen in years, a friend you used to share countless beers with over banter that went nowhere other than delivering a solid night. Your friend is older, they’ve changed. In some ways you’re worried for them, looks like they might be teetering on the brink of something. In other ways it’s the same old them, a nugget of a soul too unique to ever be altered. It’s for those unfamiliar with The Van Pelt though for whom we should be truly jealous. This is a stand alone album, incredible vital song writing in and of itself regardless of the long history this band has. The climax of the single Image of Health perhaps describes the beautiful desperation best: “And you never felt more alive / Than when the priest came to read you your rites!”