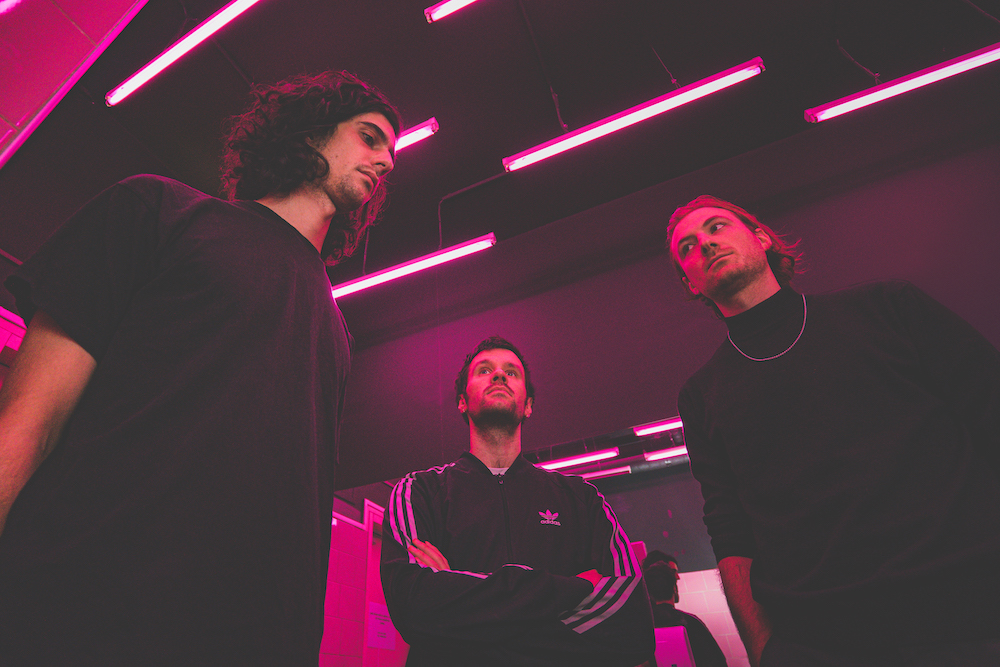 Centred around vintage analogue synths and abrasive instrumentation, the band’s experimental post-punk is rooted in the 70s avant-garde, most notably Krautrock and No Wave. Arriving following the recent singles ‘Difficult Machinery’ and ‘Political Apathy’, Veik describe ‘Château Guitar’ as their attempt “to get to grips with the codes, conventions and structures of techno music but performed with our usual live setup of synths, drums and guitar”. Building in intensity throughout, the result fuses a dark and hedonistic four-to-the-floor pulse with razor-sharp post-punk guitars.

On the accompanying visuals, they say that “the video presents a more intimate and intricate portrait of the relationship between humans and machines. It was directed by French director Léo Gack and shot on 16mm film, in the tradition of the ‘cinéma vérité’ films of the 1960s.”

Talking about ‘Surrounding Structures’, they say that “The writing of the album was heavily influenced by architectural environments. We made a lot of detours when touring in 2017 and 2018 to visit modernist and brutalist buildings in France, Germany and Belgium (which caused us many delays for soundchecks.)” Listening to the album, it’s quickly clear how the disjointed shapes and abrasive textures of brutalist architecture are manifested in their music. However, they claim that the ‘Surrounding Structures’ of the album’s title are also a reference to both the “physical and social structures that surround us, and how they shape us as individuals and collectives.”

Available: On tour in April 2023. Generally available for festivals.